Founder Bill Weinrauch completed his machinist apprenticeship while working for Balas Collet Co., located in Cleveland, Ohio , back in 1959. He honed his skills for over a decade before purchasing a small engine lathe in 1972. He began producing a variety of parts in small quantities for friends who owned machine shops at the time, working out of the basement of his home and still holding down a full time job as a machinist and tool maker during the day.

Bill officially began his business in 1973, upgrading to a new Clausing engine lathe with larger capacities and renting a small area of space from his largest customer at the time. The company grew into CNC turning in 1978 as customers required higher volume production of gear blanks and shafts that were previously manufactured on manual equipment.

NexGen was relocated to a larger 4.000 square foot facility that same year and the business continued to grow. Bill’s son, Michael joined him in 1979 and a second CNC lathe was added in 1981 due to increased demand for the company’s machining services.

Over the next 30 years both Bill and son Michael were involved with the daily operations as “hands on” owners. NexGen continued to expanded its capabilities and products by adding additional CNC machines and secondary equipment to service their growing customer’s needs.

Since the 2014 acquisition, NexGen has relocated its manufacturing plant to Strongsville Ohio into a larger 18,000 square foot building and has added 2 additional CNC lathes and  1 CNC mill to support the continued growth of the company. NexGen is aligned with a larger sister group of manufacturing companies which include  Aluminum Extrusion, Plastic and Rubber Extrusion and  Molding plants which  provide additional manufacturing resources and material expertise.

Michael Weinrauch was hired in January 2014 to stay with NexGen and currently serves as plant manager under the company’s new private ownership. 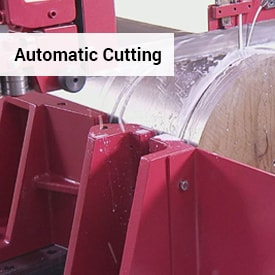 We consider every part that we ship to be an important form of advertising. We also realize that customers come to us because they want us to help them solve their problems. Since 1973, NexGen Machine Company is one of the most trusted providers for Custom CNC Machining, Milling, Turning, Drilling & Precision Machining Services! 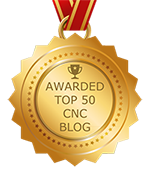